Crepe Paper Flowers (or the photoshoot that gave me carpal tunnel)

We’re easing out of this winter pretty quickly now, despite the cold wind. Part of me feels the season slipped by too quickly; I’ve actually taken a liking to winter, not because I enjoy losing the feeling in my fingertips, but because I’ve been using it to take time off from shooting, to plan things, and to make something other than photos (I know I’ve argued for outside winter shooting because it has the best natural light, and I still stand by that, but the bulk of our shoots these days last hours, and I’ve been trying to maintain our track record of keeping models out of the hospital). 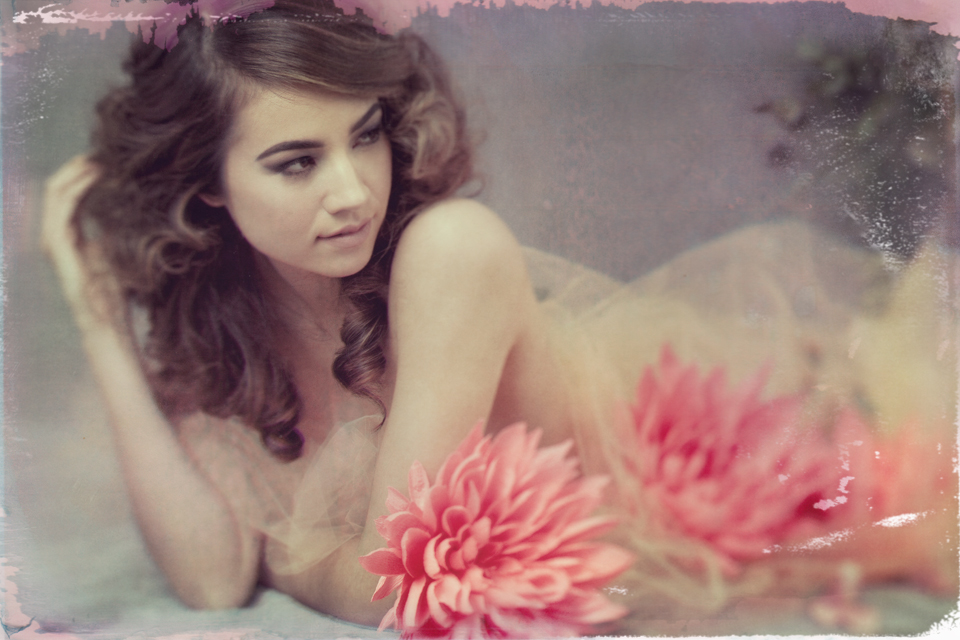 It was back in January 2016 that the whole take-a-few-months-to-actually-craft-a-shoot-concept came to mind as a possible way to validate my existence as a blob sitting on the couch watching Netflix. I was inspired by Tiffany Turner‘s series “Heads,” for which she crafted giant life-like flowers out of crepe paper. Her flowers are magnificent, with the crepe paper curled and layered to give the illusion of real, soft, velvety petals. I had no idea how she did it, and what I really wanted to do was photograph her work. That didn’t seem likely to happen though, and I like making things, so after I found some short tutorials here and there I decided to go it alone. I bought over $100 of Italian paper and started cutting and gluing. 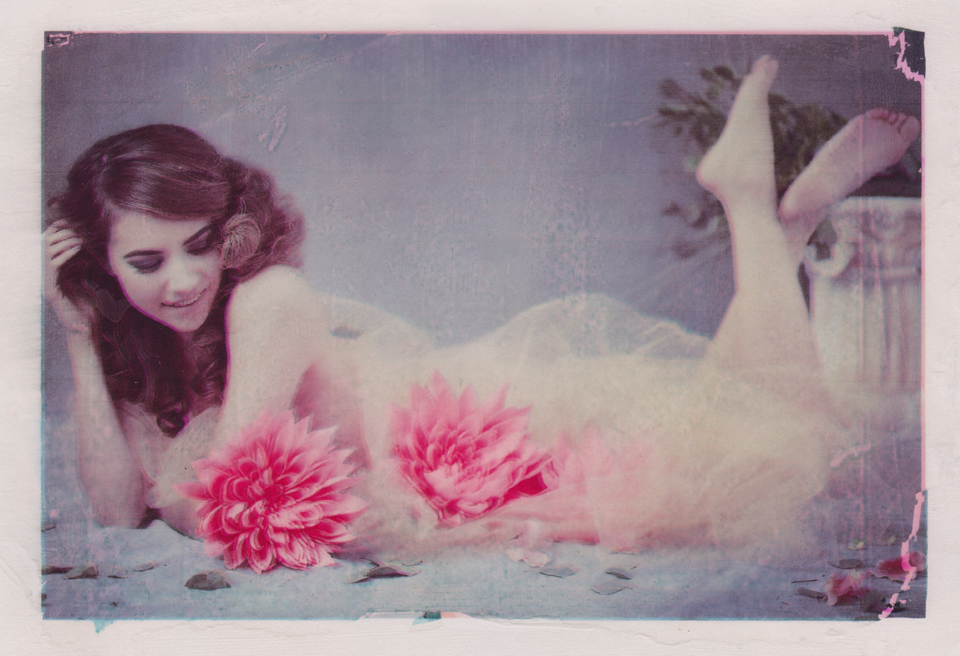 All along I had a photoshoot in mind, rather than the flowers themselves. Unlike Tiffany Turner, I’m not a paper artist, I’m a photographer. So I had to consider crafting with an editorial as my end goal- how the model would interact with the flowers, and how she could wear them to create distinct looks.

It took me a little over 10 weeks to finish the eight looks worth of flowers that I’d planned for. My wrists hurt, my scissors were in desperate need of sharpening (180g crepe paper is tough to get through), and I knew that what I made paled in comparison to the flowers I’d been inspired by. But I thought they were worthy of a photoshoot anyway, especially if I beefed things up with real flora, watercolored tulle, a gorgeous model, and amazing hair and makeup. I also decided to keep with my paper theme, and experiment with photo transfers in order to achieve an old Poloroid look, without using instant film. This was another first, I really had no idea what I was doing, and I still need practice. But I’m pleased with the final results anyway. 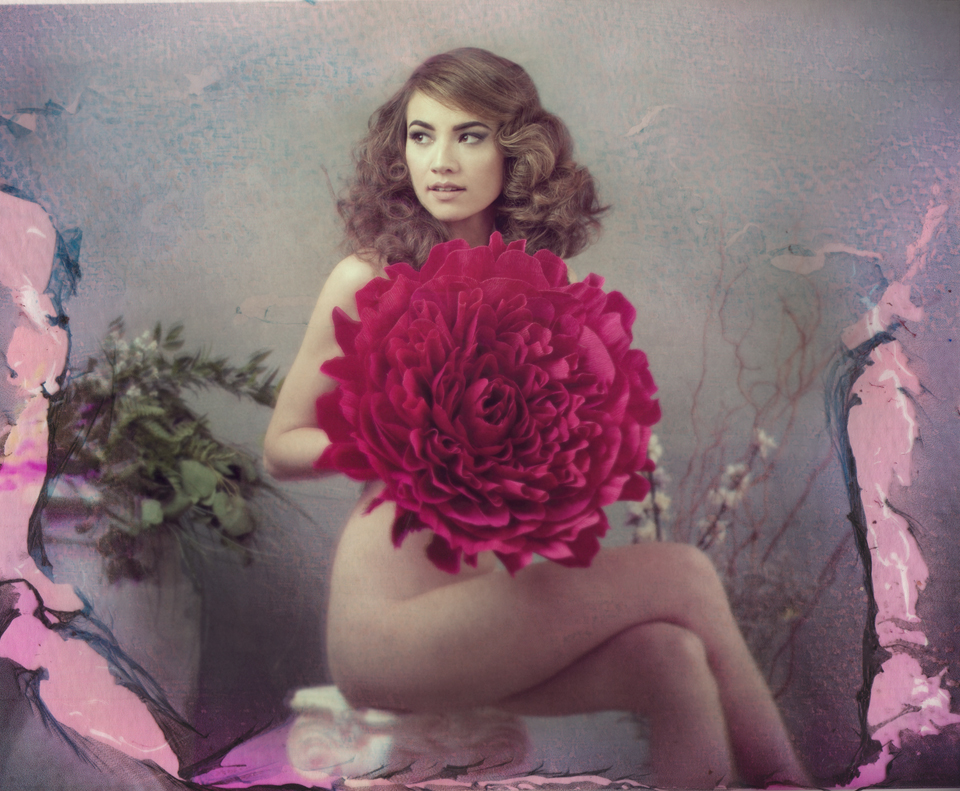 These are digital transfers, done with inkjet transparency paper, modpodge and watercolor paper. I think I’d have had better luck with a gel medium rather than modpodge, and a nontextured paper of equal weight. Good news is that, since these are digital, I could try again at any point. The transfers are one of a kind, but you get an infinite number of tries to get it right, unlike with a Poloroid. Sort of the best of both worlds.

When I feel more comfortable with the process, I’ll devote a blog post to a tutorial. Of the transfer that is, not the flower making. I highly recommend looking to Tiffany Turner for that. I myself have pre-ordered her book, just in case I find myself in need of another project next winter. 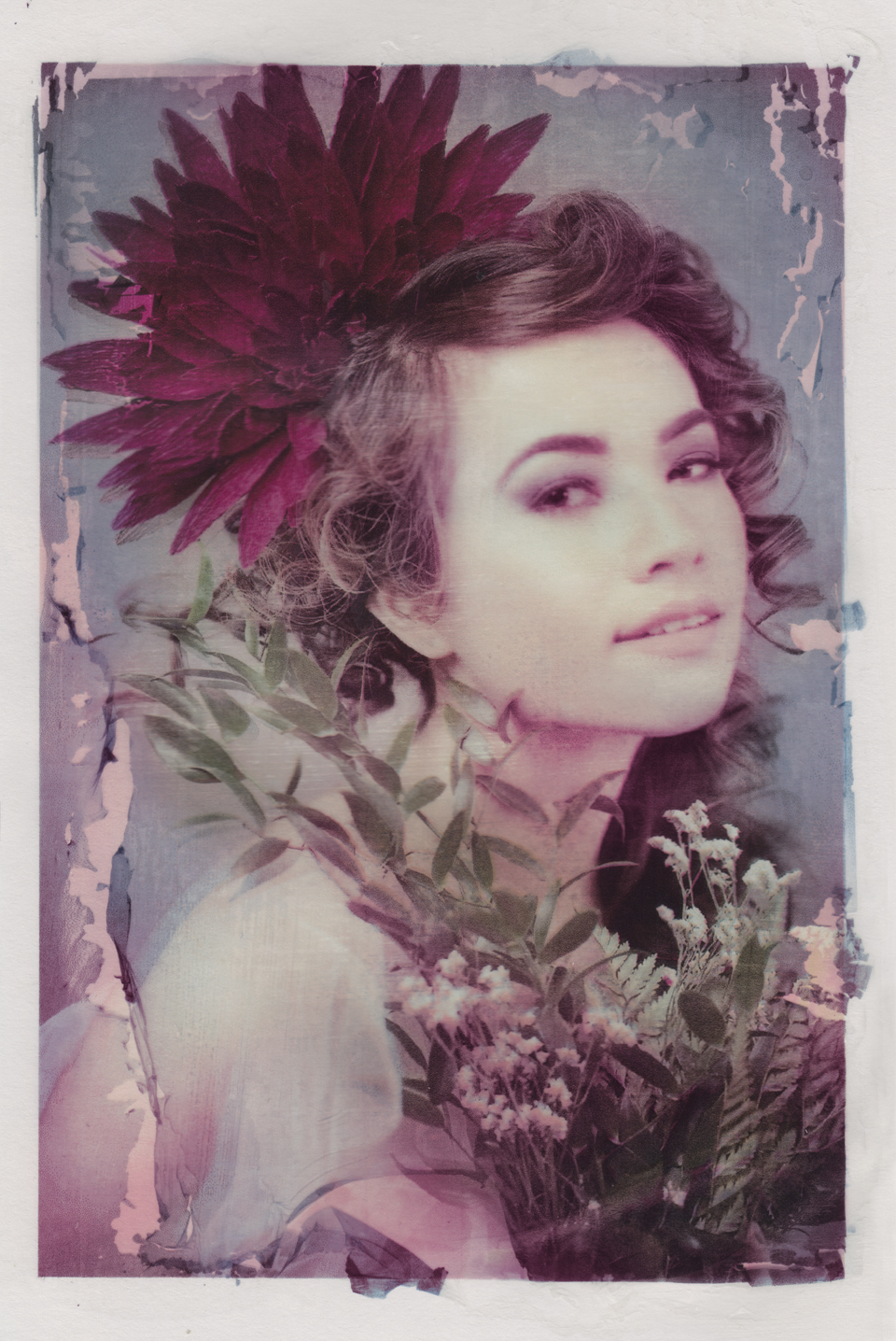 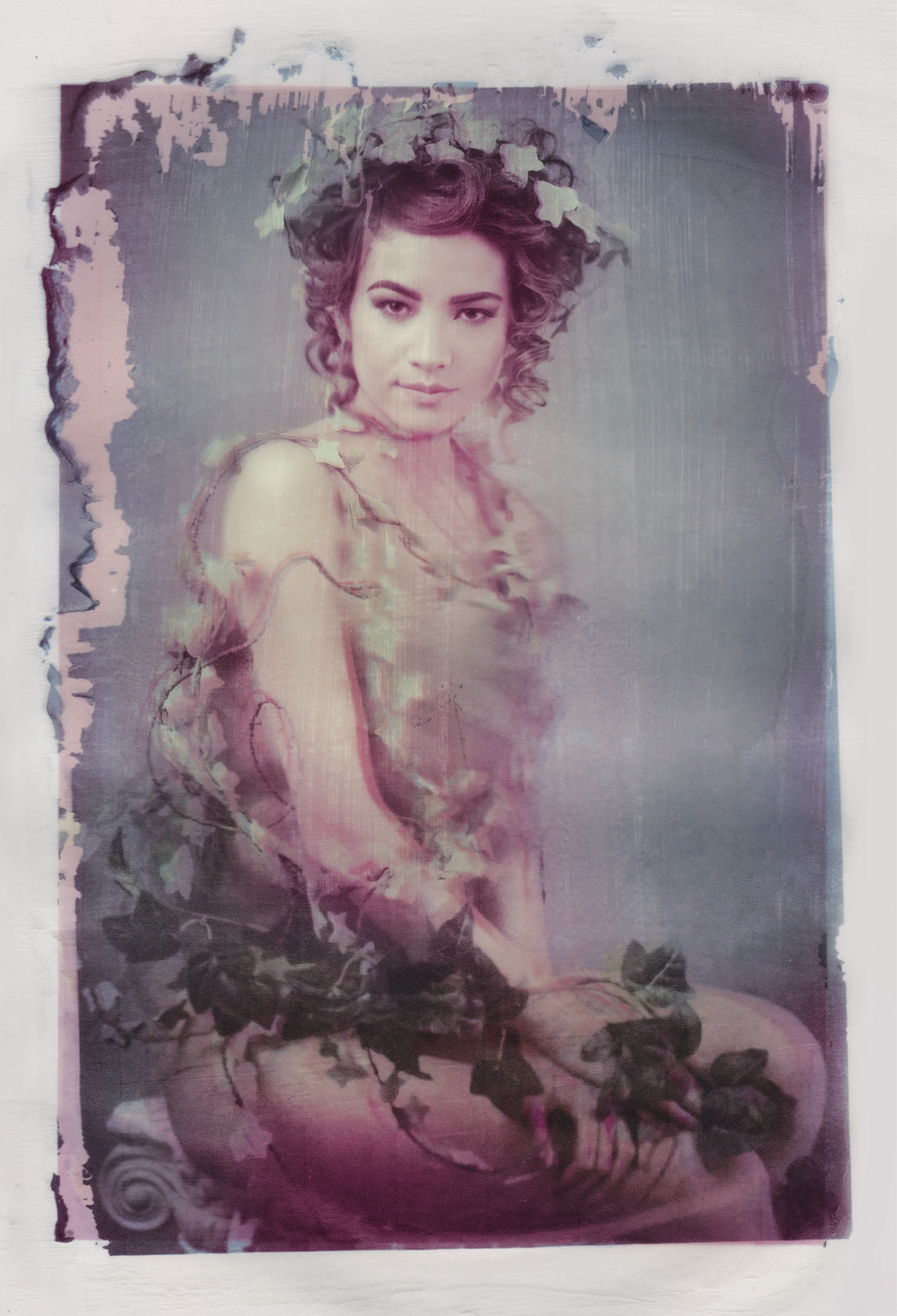 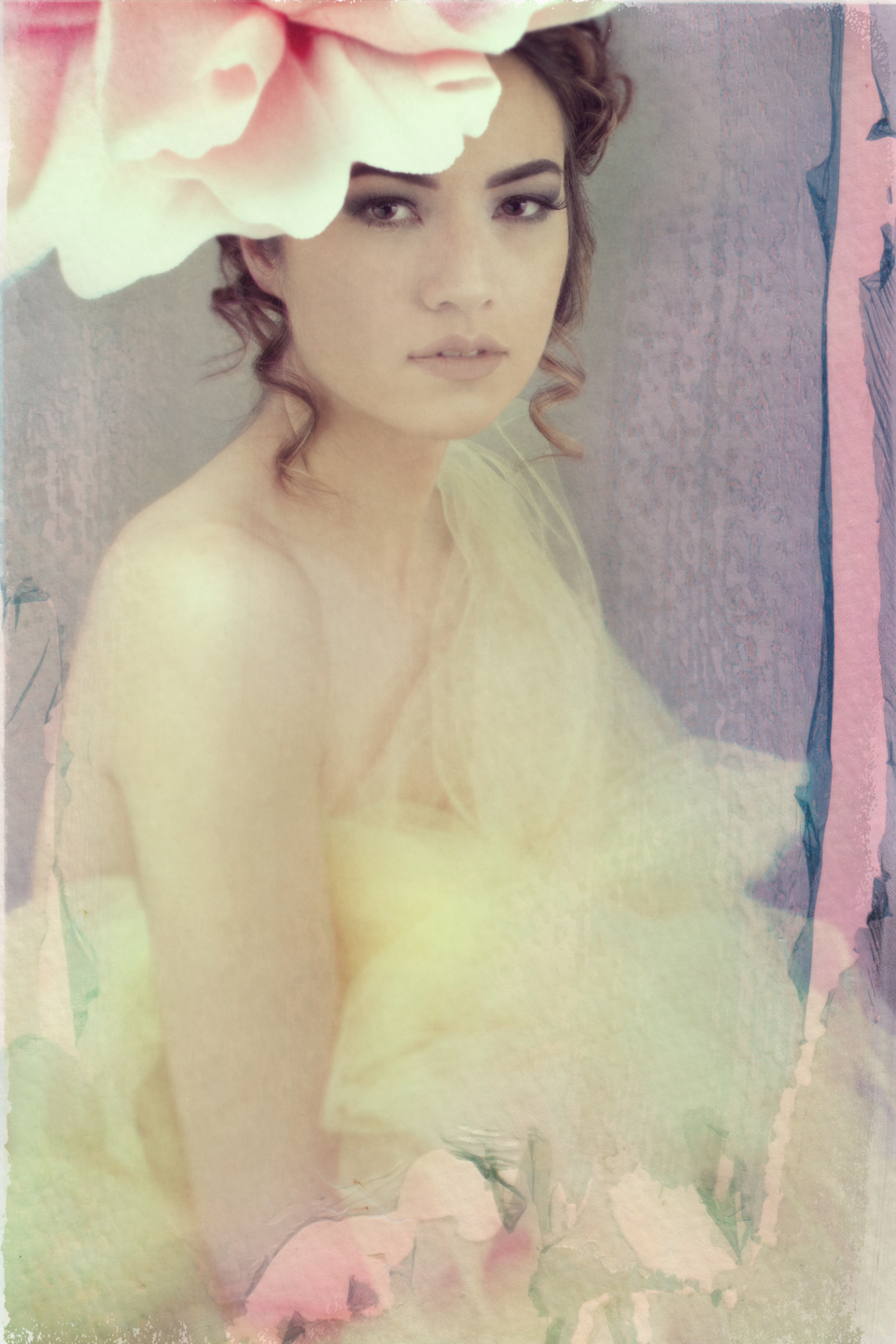 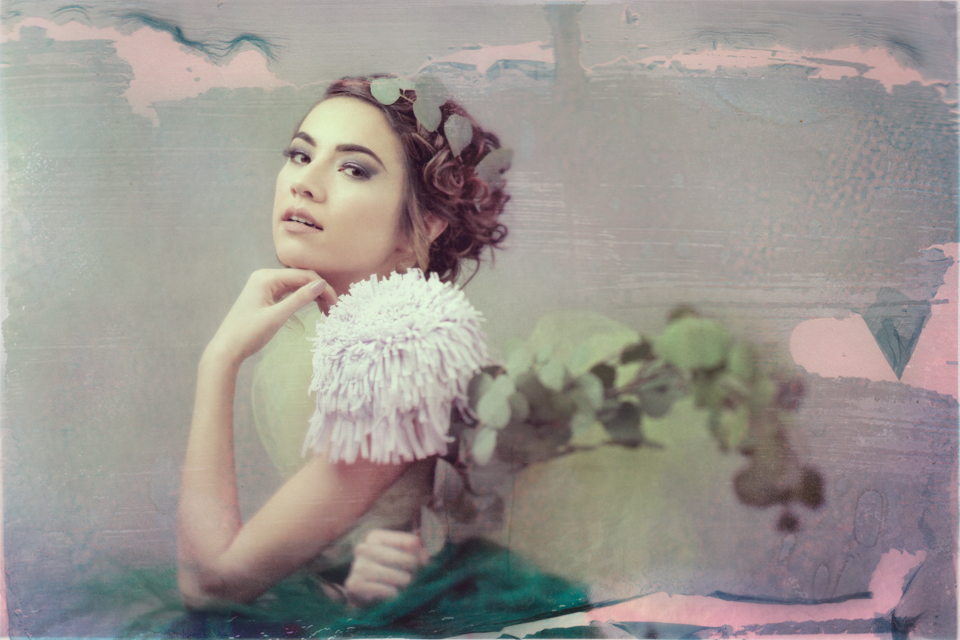 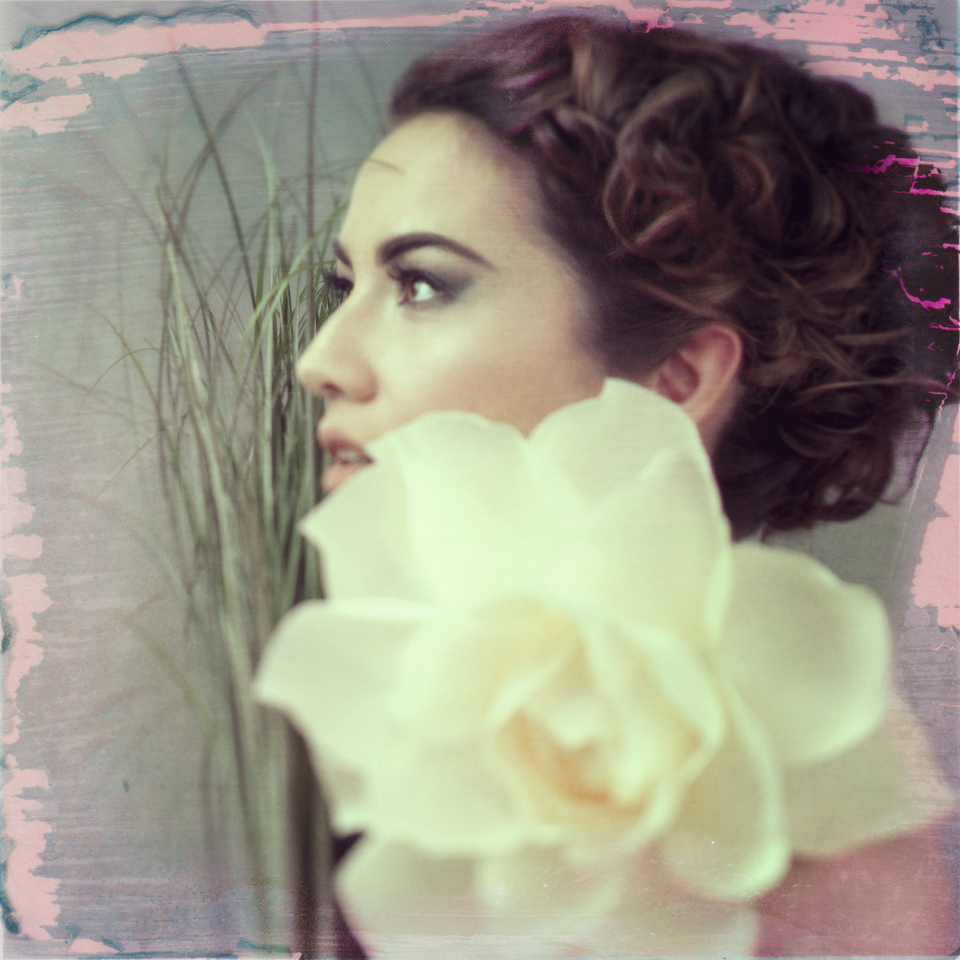 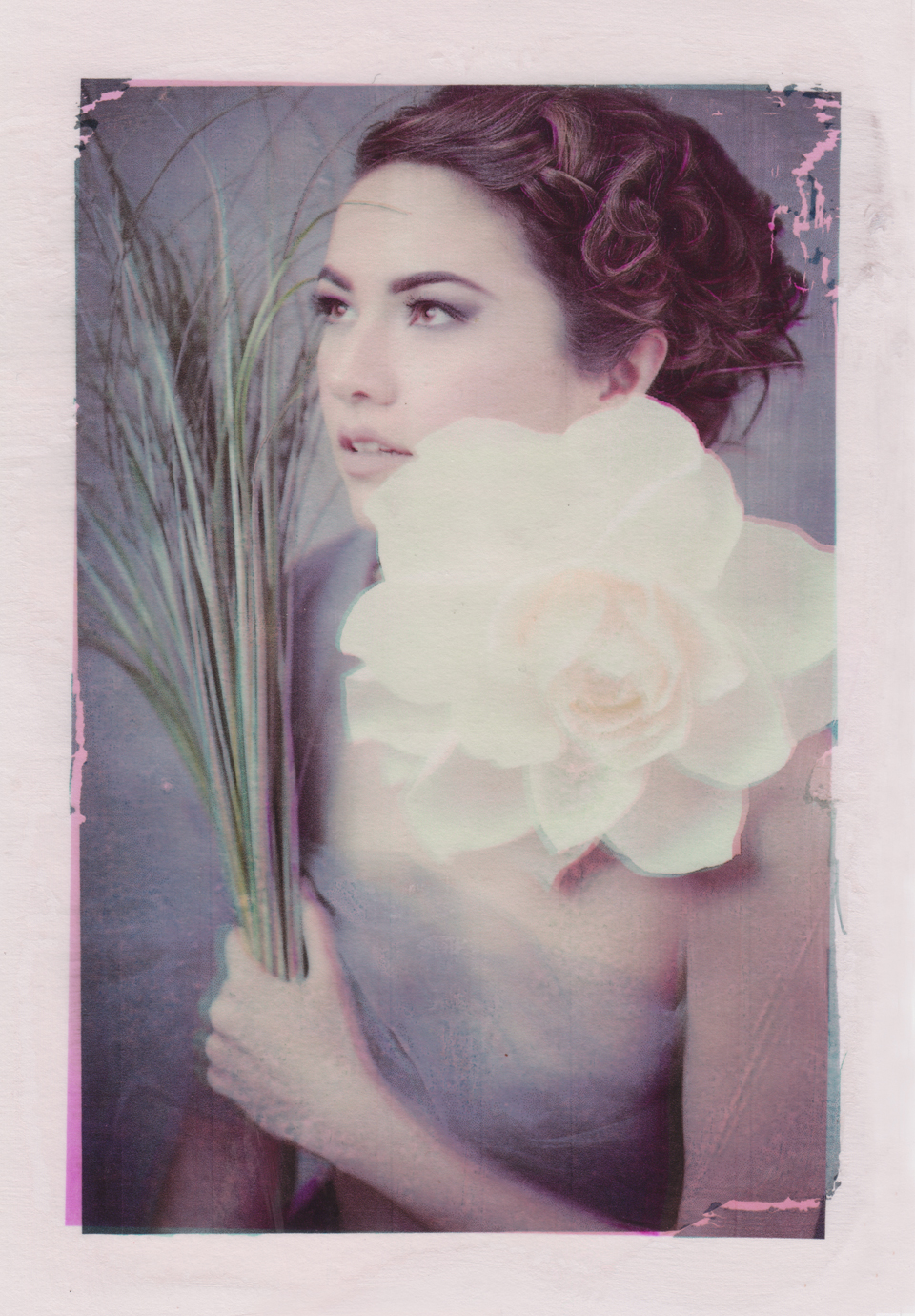 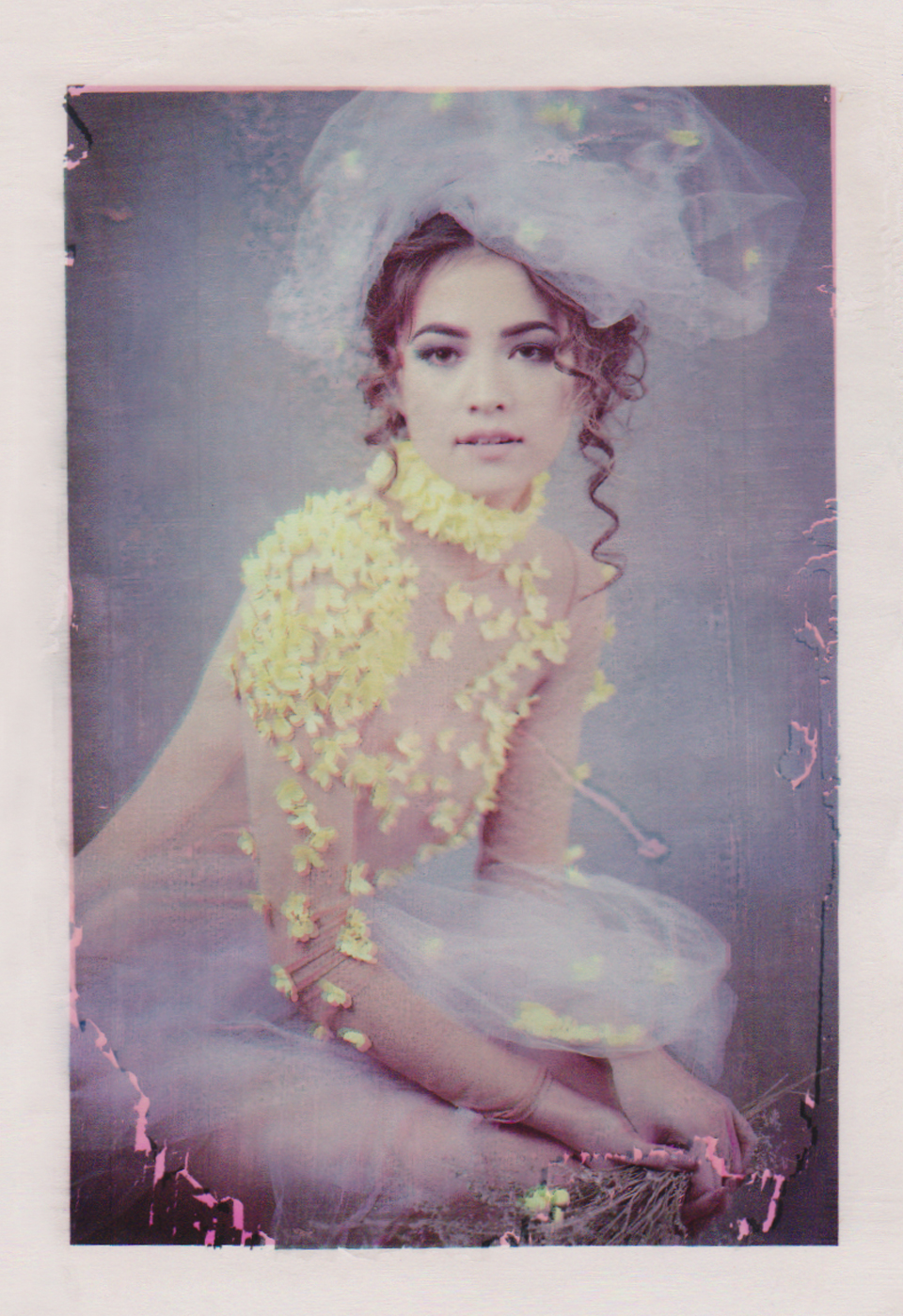 This winter, however, has been another story. Hopefully more on that soon.